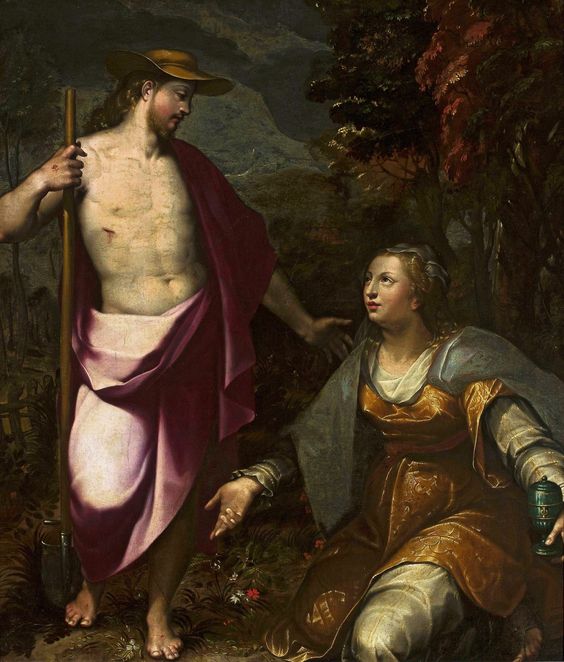 Why was Mary Magdalene told not to touch Jesus but Thomas could touch him? Isn’t this a contradictory message for the post-resurrection appearances of Jesus?

On a Christian forum, a poster asked:

One of the gospels has Jesus telling Mary not to touch him as he has not yet risen. Another gospel has Thomas touching him. When he died, was [he] resurrected as a spirit or did his flesh come back to life like Lazarus?[1]

On the morning Jesus was resurrected, Mary Magdalene met the Saviour in the garden near the tomb where Jesus had been buried (John 20:17). This verse reads, ‘”Don’t cling to me,” Jesus told her, “since I have not yet ascended to the Father. But go to my brothers and tell them that I am ascending to my Father and your Father, to my God and your God”’ (CSB).

While the KJV translates the beginning of this verse as ‘Touch me not’, this is too weak a translation for the Greek verb haptomai that is used. It means: ‘to fasten one’s self to, adhere to, cling to’ (TDNT). It can mean ‘touch’ but the context here seems to favour, ‘Do not cling to me’. The Bauer, Arndt & Gingrich Greek Lexicon gives the meaning for John 20:17 as, ‘Stop clinging to me’ (1957:102).

A technical explanation from the Greek confirms this is not an experience of ‘don’t touch me’. Instead,

Touch me not (mh mou aptou). Present middle imperative in prohibition with genitive case, meaning “cease clinging to me” rather than “Do not touch me.” Jesus allowed the women to take hold of his feet (ekrathsan) and worship (prosekunhsan) as we read in Matthew 28:9 . The prohibition here reminds Mary that the previous personal fellowship by sight, sound, and touch no longer exists and that the final state of glory was not yet begun. Jesus checks Mary’s impulsive eagerness (A T Robertson, Word Pictures in the New Testament, John 20:17).

While it is true that doubting Thomas touched Jesus, the language used is clear that it meant touching and not clutching:

Then he said to Thomas, “Put your finger here and look at my hands. Reach out your hand and put it into my side. Don’t be faithless, but believe.” Thomas responded to him, “My Lord and my God!” (Jn 20:28-29 CSB).

This was a touching of and sight of Jesus’ wounds. It was not a clinging to Jesus. In his ministry, there were others who touched Jesus after His resurrection. Matt 28:9 (CSB) states, ‘Just then Jesus met them [the disciples] and said, “Greetings!” They came up, took hold of his feet, and worshiped him’.

Thus, there is no contradiction in the happenings of these two events.