I started attending a new evangelical church and had been three times. After 15 minutes of the service on 5 October 2020 I left the service. It was another example of ho-hum Christianity.

According to the Cambridge Dictionary (2020. s.v. ho-hum), it refers to ‘an expression used when someone is bored, or when they accept that something unpleasant cannot be stopped from happening’.

My personal perspective is that in Brisbane, Australia (where I live), there are three prominent expressions of ho-hum Christianity that bore me to sleep. These include:

Yesterday’s church service was an example. It began with canned/data music of a new song. The words of the song were in such small font on the overhead screen that I could not see them, when sitting three-quarters of the way back in the auditorium.

This was compounded when the singers (on DVD) began singing. I couldn’t join the singing as I didn’t know the words to follow.

Then the melody line is typical of what is happening in the Hillsong and Jesus Culture dominated culture of new church music. I can’t remember the name of the song as the lyrics could not be seen by me. An example of this kind of song is HERE. The style is flooding evangelical/charismatic churches. Even the Presbyterian Church I previously attended occasionally sang a Hillsong item (credits were on the screen).

It is ho-hum Christianity because the lyrics of the songs reflect the organisations that promote this music. It’s big business but, even more, it’s big on false doctrine, especially the word of faith doctrine.

Then Peter got down out of the boat, walked on the water and came toward Jesus. But when he saw the wind, he was afraid and, beginning to sink, cried out, “Lord, save me!” (Matt 14:28-30 NIV).

The leader (the pastor’s wife) invited the congregation to launch out in faith and walk on the water. That’s my paraphrase of what I heard her say. She used allegorical interpretation of this incident by adding content that was not in the text. That was enough for me so I quietly walked out of the service (using my walking stick).

The pastor phoned me on Monday to ask if I was OK. I proceeded to tell him why I left – the music and the allegorical teaching. He wished me well and said he was available for further contact if I needed it.

2.2 The dangers of allegorical interpretation

The term, ‘allegory’, is used only once in the New Testament at Galatians 4:24. Of this verse, A T Robertson comments:

It is compounded of allo, another, and agoreuw, to speak, and so means speaking something else than what the language means, what Philo, the past-master in the use of allegory, calls the deeper spiritual sense.

Paul does not deny the actual historical narrative, but he simply uses it in an allegorical sense to illustrate his point for the benefit of his readers who are tempted to go under the burden of the law. He puts a secondary meaning on the narrative just as he uses tupikw in 1 Corinthians 10:11 of the narrative. We need not press unduly the difference between allegory and type, for each is used in a variety of ways. The allegory in one sense is a speaking parable like Bunyan’s Pilgrim’s Progress, the Prodigal Son in Luke 15:1 ff., the Good Shepherd in John 10:1 ff.

But allegory was also used by Philo and by Paul here for a secret meaning not obvious at first, one not in the mind of the writer, like our illustration which throws light on the point. Paul was familiar with this rabbinical method of exegesis (Rabbi Akiba, for instance, who found a mystical sense in every hook and crook of the Hebrew letters) and makes skilful use of that knowledge here.

Christian preachers in Alexandria early fell victims to Philo’s allegorical method and carried it to excess without regard to the plain sense of the narrative. That startling style of preaching survives yet to the discredit of sound preaching. Please observe that Paul says here that he is using allegory, not ordinary interpretation. It is not necessary to say that Paul intended his readers to believe that this allegory was designed by the narrative. He illustrates his point by it. For these are (autai gar eisin). Allegorically interpreted, he means. From Mount Sinai (apo orou Sina). Spoken from Mount Sinai. Bearing (gennwsa). Present active participle of gennaw, to beget of the male ( Matthew 1:1-16 ), more rarely as here to bear of the female ( Luke 1:13; Luke 1:57 ). Which is Hagar (hti estin Hagar). Allegorically interpreted (Word Pictures in the New Testament: Galatians 4:24).

So, the intent of allegorical preaching or teaching is to present an alternate sense – hidden meaning – to the plain meaning of the text.

He lived from AD 150-211/215 and was a Christian apologist and missionary theologian to the Greek speaking world. He was a leader and teacher in the school of Alexandria.[1]

In one of his publications that survives, he wrote:

Wherefore instruction, which reveals hidden things, is called illumination, as it is the teacher only who uncovers the lid of the ark, contrary to what the poets say, that “Zeus stops up the jar of good things, but opens that of evil…. Similarly David sings: “For, lo, Thou hast loved truth; the obscure and hidden things of wisdom hast Thou showed me.” “Day utters speech to day” (what is clearly written), “and night to night proclaims knowledge” (which is hidden in a mystic veil); “and there are no words or utterances whose voices shall not be heard” by God, who said, “Shall one do what is secret, and I shall not see him?” (The Stromata, or Miscellanies, Bk 5, Ch 10). 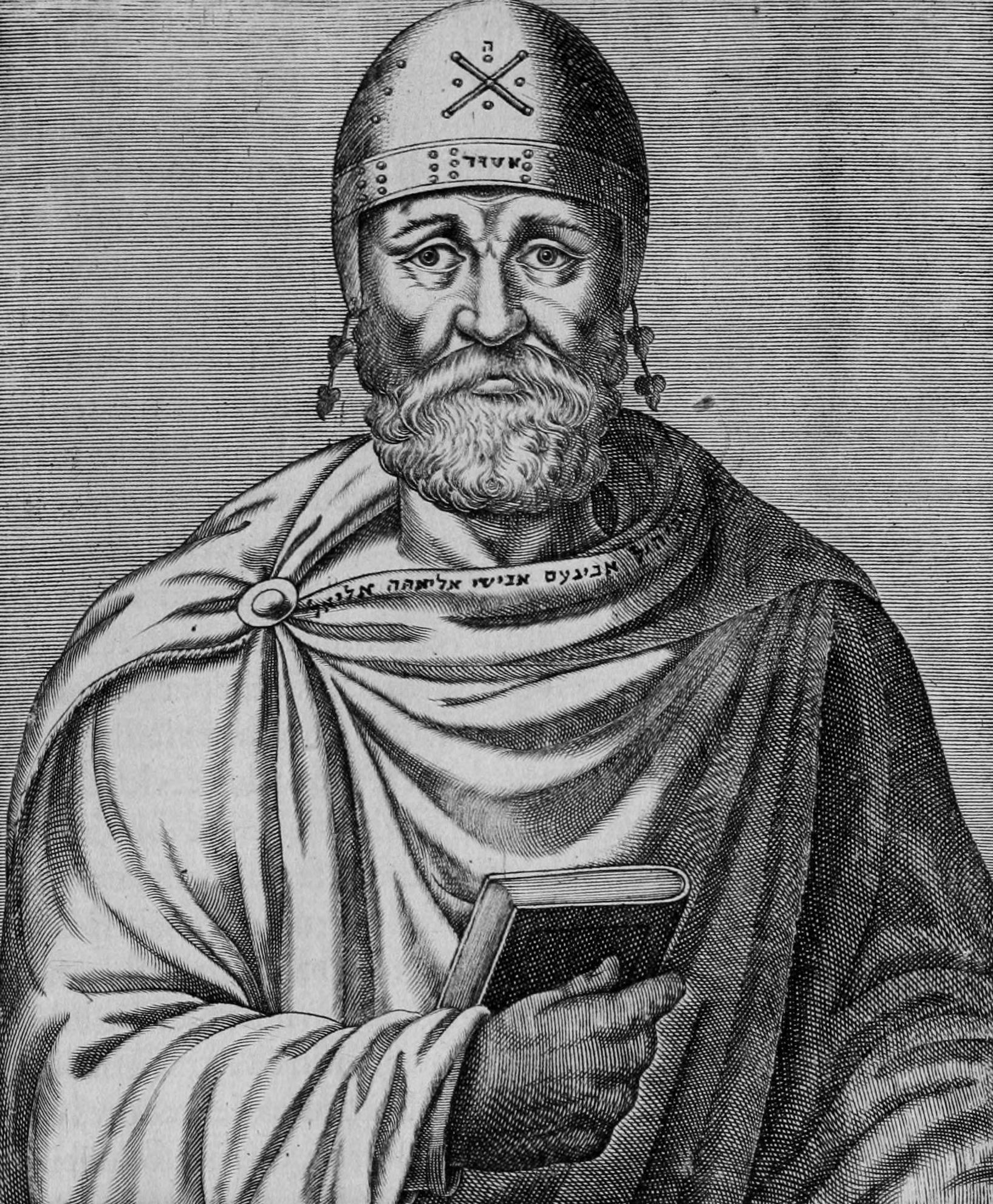 If we only prefer the plain words and ignore the figurative interpretation, it will be like considering the body without the soul. ‘Just as we take care of the body because it is the abode of the soul, so also must we take care of the laws that are enacted in plain terms, but they are symbols of : for while they are regarded, those other things also will be more clearly understood, of which these laws are the symbols, and in the same way one will escape blame and accusation from men in general (The Works of Philo, On the Migration of Adam, 16. 93-94).

So, ‘the literal meaning is the body of the Bible, but the allegorical one is its soul; both must be kept in due consideration’ (Marco Rizzi 2019).

However, who chooses the ‘figurative interpretation’? It is the responsibility of the individual preacher-teacher to create the allegory. That’s what the leader did on 5 October 2020.

There is an interesting variation of allegorical preaching – postmodern deconstruction – that I address in my PhD dissertation: Crossan and the resurrection of Jesus : rethinking presuppositions, methods and models.

A couple examples from this thesis demonstrate that deconstruction provides a framework similar to that which Crossan promotes:

· Stated another way, ‘Empty tomb stories and physical appearance stories are perfectly valid parables expressing that faith, akin in their own way to the Good Samaritan story’ (Crossan 1995:216).

Allegorical interpretation adds to the text, according to the preacher’s or leader’s imagination. Crossan’s deconstruction does something similar.

There is another leading light in the early church fathers who was renowned for his promotion of allegorical interpretation. He was Origen (ca AD 185-254), born in Phoenicia (now Lebanon) and he was ‘the most important theologian and biblical scholar of the early Greek church’. He was a student of Clement of Alexandria according to early church historian, Eusebius.[3]

My son is an excellent guitarist and he enjoys ‘thrash’ Christian music. However, currently he’s learning classical guitar. He showed me the excellent lyrics of a ‘thrash’ song and I couldn’t believe how orthodox they were theologically. Then he played the song for me from a CD. I didn’t understand a word that was sung.

A friend invited me to his local Pentecostal church. The service began with thunderous music that caused me to jump in my seat. My friend’s wife was sitting beside me and noticed it, commenting the music does get a ‘bit’ loud.

During the service there was a fellow in the front row hopping and skipping for Jesus as he raised his hands in song. He was bouncing up and down.

I guess that puts a new meaning to ‘Shout with joy to the Lord, all the earth! Worship the Lord with gladness. Come before him, singing with joy’ (Ps 100:1-2 NLT).

Leading ethicist, David Gushee, claims, ‘Many ministers play it safe in order to keep their jobs, or are simply not that talented’ (2016). Some of the worst mumbling I’ve heard behind microphones on the pulpit have come from preachers. There are far too many who mumble, don’t speak clearly and don’t project their voices. As a former radio DJ, TV newsreader, and long-term public speaker, I’m particularly sensitive to this issue. However, it could be easily overcome if preachers would join a Toastmasters’ or Rostrum club. When I started in radio in the 1960s, I joined a Rostrum club to assist my on-air presentations. It was recommended to me by the radio station’s manager. It was extremely helpful in assisting me to become more articulate on-air. However, here in Qld., Toastmasters has become the dominant public speaking club.

Every pastor-preacher should join one of these to help them become more fluent in expressing the Christian faith.

I saw this incompetence again with the preacher at the church I attended last Sunday. He spoke too quickly; his words were not articulated well, and he didn’t give the congregation much eye contact. He mumbled his words too often with slurring.

See my article: It’s a sin to bore God’s people with God’s Word.

If you want to cause people to exit the church, promote theological liberalism that denigrates Scripture and engages in eisegesis of the text. See my articles that address this topic:

For an example of the promotion of liberal Christianity by an Anglican liberal, see this recent article in On Line Opinion, an Anglican deacon from Perth WA, Australia: The battle of the narratives of origin.

Peter,
I enjoy your writing style, but your articulation smothers your presuppositions. In this short piece, you tried to ‘trick’ us into believing Darwin’s view of the origin of the universe was correct, affirmed by cosmologists. You might learn that in your liberal Anglican theological college but it takes more than a few sentences to unpack and then refute.

If you continue to promote this kind of theology in your diocese, don’t expect people to flock to your churches. Your views cause people to doubt the authority of Scripture. For a better assessment, I think it’s time for you to engage in discussions with the faculty of Moore College, Sydney, and examine how the Sydney diocese is preventing the kind of decline of your churches.

If you want to be bored with Christianity here is my recipe:

Crossan, J D 1995. Who killed Jesus? Exposing the roots of anti-Semitism in the gospel story of the death of Jesus. New York, NY: HarperSanFrancisco.