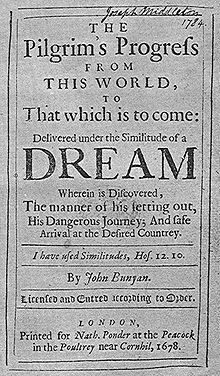 I was engaged in blog discussions with Bond-servant of Christ who demonstrated Calvin believed in universal atonement.

The poor man [Calvin] had problems making up his mind! His comments on John 3:16 are very clear:

That whosoever believeth on him may not perish. It is a remarkable commendation of faith, that it frees us from everlasting destruction. For he intended expressly to state that, though we appear to have been born to death, undoubted deliverance is offered to us by the faith of Christ; and, therefore, that we ought not to fear death, which otherwise hangs over us. And he has employed the universal term whosoever, both to invite all indiscriminately to partake of life, and to cut off every excuse from unbelievers. Such is also the import of the term World, which he formerly used; for though nothing will be found in the world that is worthy of the favor of God, yet he shows himself to be reconciled to the whole world, when he invites all men without exception to the faith of Christ, which is nothing else than an entrance into life.

You are correct bond-servant.
You have given the one side of his doctrine. This is the other side:
Calvin’s online edition of 1 John 2:2 states:

And not for ours only He added this for the sake of amplifying, in order that the faithful might be assured that the expiation made by Christ, extends to all who by faith embrace the gospel.
Here a question may be raised, how have the sins of the whole world been expiated? I pass by the dotages of the fanatics, who under this pretense extend salvation to all the reprobate, and therefore to Satan himself. Such a monstrous thing deserves no refutation. They who seek to avoid this absurdity, have said that Christ suffered sufficiently for the whole world, but efficiently only for the elect. This solution has commonly prevailed in the schools. Though then I allow that what has been said is true, yet I deny that it is suitable to this passage; for the design of John was no other than to make this benefit common to the whole Church. Then under the word all or whole, he does not include the reprobate, but designates those who should believe as well as those who were then scattered through various parts of the world. For then is really made evident, as it is meet, the grace of Christ, when it is declared to be the only true salvation of the world.?

I used the language he was a fence-sitter. Perhaps it would be better to state he wavered between universal and limited atonement.

2. A hyper-Calvinist jumped in

I’ve had battles on the Calvinism topic over the years with an administrator at christianforums.com, Hammster. He jumped into this discussion with a brief comment: “Fortunately, the Puritans that [came] after him didn’t waver.”[1]

I find it interesting to examine Richard Baxter, the Puritan, and his teaching on the atonement. He stated in this article on the extent of redemption:

A fundamental teaching of the Synod of Dort was strict Calvinism expressed by the slogan, the atonement was “sufficient for all, efficient for the elect.”

O how heartily He will receive us into his arms!  He offers all freely; yea, He comes in the word of the gospel with the blood running down his face, tears upon his cheeks, fresh wounds in his hands and feet, and blood still flowing from his side, to entreat you to accept his gracious offer of reconciliation.  Will you love sin more than grace, and darkness more than light?  Will you shut your eyes to Him but open them wide for the pleasures of the flesh?  Will you run the hazard of death in the day of judgment?  Will you despise Him and reject his grace? (Works 1:1 31-36).

The Puritan, Jonathan Edwards, viewed the atonement this way:

Universal redemption must be denied in the very sense of Calvinists themselves, whether predestination is acknowledged or no, if we acknowledge that Christ knows all things. For if Christ certainly knows all things to come, he certainly knew, when he died, that there were such and such men that would never be the better for his death. And therefore, it was impossible that he should die with an intent to make them (particular persons) happy.

For it is a right-down contradiction [to say that] he died with an intent to make them happy, when at the same time he knew they would not be happy-Predestination or no predestination, it is all one for that. This is all that Calvinists mean when they say that Christ did not die for all, that he did not die intending and designing that such and such particular persons should be the better for it; and that is evident to a demonstration. Now Arminians, when [they]Ibid. say that Christ died for all, cannot mean, with any sense, that he died for all any otherwise than to give all an opportunity to be saved; and that, Calvinists themselves never denied. He did die for all in this sense; ’tis past all contradiction (Jonathan Edwards [1722], The “Miscellanies”: (Entry Nos. a–z, aa–zz, 1–500; “t”: Universal redemption, Works of Jonathan Edwards, online Vol. 13) , Ed. Harry S. Stout, page 174.)

Article 2.8: The efficacy of the death of Christ. For this was the most free counsel of God the Father, that the life-giving and saving efficacy of the most precious death of his Son should extend to all the elect (John 17:9). It was his most gracious will and intent to give to them alone justifying faith and thereby to bring them unfailingly to salvation (Ephesians 5:25–27; Luke 22:20.).

This means: God willed that Christ through the blood of the cross (by which he confirmed the new covenant) [Luke 22:20; Hebrews8:6] should effectually redeem out of every people, tribe, nation, and tongue (Revelation 5:9) all those, and those only, who from eternity were chosen to salvation and were given to him by the Father. God further willed that Christ should give to them faith (Philippians1: 2, 9), which, together with other saving gifts of the Holy Spirit, he acquired for them by his death; that he should cleanse them by his blood from all sins (1 John 1: 7), both original and actual, both those committed after faith and before faith; and that he should guard them faithfully to the end (John10:28) and at last present them to himself in splendour without any spot or wrinkle (Ephesians 5:27).

Some leading Puritans did not support limited atonement. See my articles in support of the biblical basis of universal (unlimited) atonement:

Is this verse forced into limited atonement theology?

If Jesus’ atonement is for all, should all be saved?

Was John Calvin a TULIP Calvinist?

Can people choose to reject salvation?