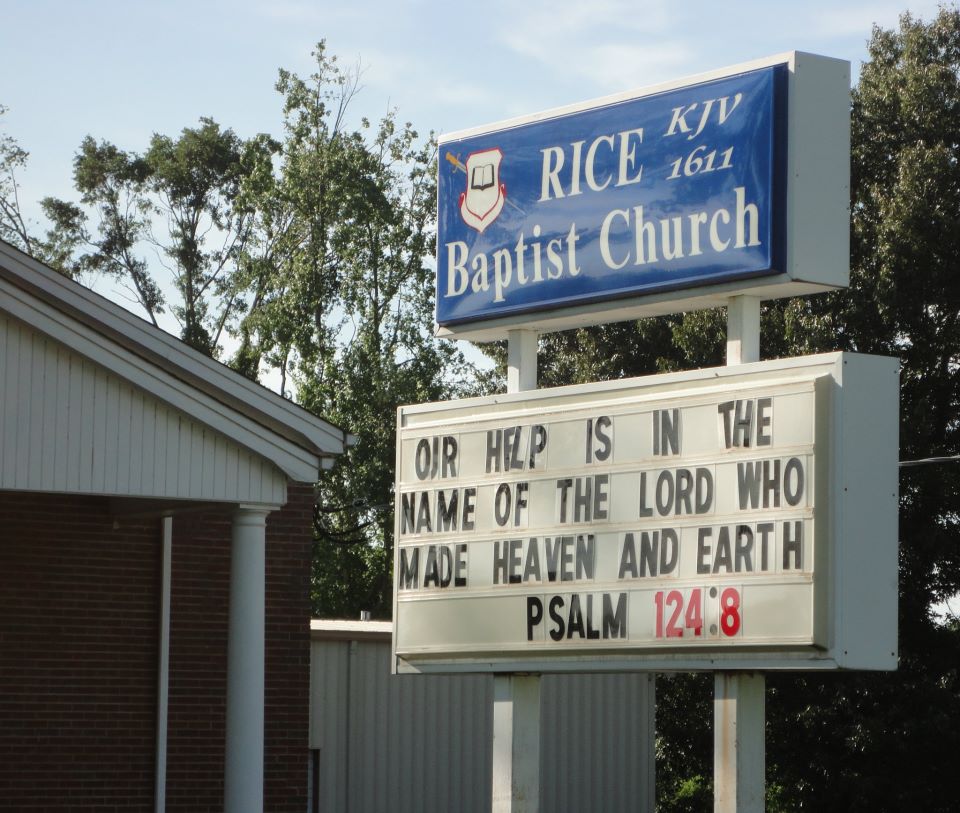 How do we communicate Scripture to a world that does not speak like this?

Loo! a virgyne ?hal haue in wombe, and ?he ?hal bere a ?one, and his name ?hal be clepid Emanuel, þat is interpretid, or expounid, God wiþ us. Soþely Jo?eph ry?ynge vp fro ?leep, did as þe angel of þe Lord comaundide hym, and toke his wijf; and he knewe hir nat, til ?he had boren hir fir?t bygoten ?one, and clepide his name Jhe?us (Early Wycliffe Bible, Maþeu, Capitulum I:23).[1]

This is how I got into trouble by quoting a contemporary Bible translation in place of the King James Version (KJV):

17 For forty days the floodwaters grew deeper, covering the ground and lifting the boat high above the earth. 18 As the waters rose higher and higher above the ground, the boat floated safely on the surface. 19 Finally, the water covered even the highest mountains on the earth, 20 rising more than twenty-two feet above the highest peaks (Gen 7:11-20 NLT).[2]

What is wrong with that contemporary translation?[3] It is:

A false, altered version which adds to God’s Truth. Here is the KJV,

Gen 7:17 And the flood was forty days upon the earth; and the waters increased, and bare up the ark, and it was lift up above the earth.
The “add to” in your version is in lifting the boat high above earth. The altered view preacher is getting ready to put his thoughts into God’s words.
Gen 7:18 And the waters prevailed, and were increased greatly upon the earth; and the ark went upon the face of the waters.
The water deepened and the Ark floated on the water. Your version agrees.
Gen 7:19 And the waters prevailed exceedingly upon the earth; and all the high hills, that were under the whole heaven, were covered.
The “add to” here is claiming the highest mountains were covered instead of the high hills.
Gen 7:20 Fifteen cubits upward did the waters prevail; and the mountains were covered.
The “add to” here is that the flood was 22.5 feet ABOVE the “mountain peaks” and the less altered version shows that Adam’s FLAT Earth was covered when the flood reached a depth of 22.5 feet PERIOD. No wonder so many people are confused when they read what they THINK was written. That’s religion/belief and not Scripture.

How should I respond to this KJV-only supporter? I took up only one verse, Genesis 7:17.

1.  KJV-only promoter relies on KJV as his standard of measuring an accurate Bible translation.

Let’s check the Scripture to see if he is correct in his correction of me for adding to God’s truth.

He spoke of ‘Adam’s FLAT Earth’.[4] I asked him to please prove that from Genesis 6-7. I’m waiting with baited breath! It hasn’t come yet.
You complain about the modern translation I used, New Living Translation, adding to the Bible with ‘high’ in Gen 7:17. By the way, the KJV you quoted is not the original KJV of 1611 (which I’ll quote below) but probably a parallel to the 1769 revision. Why is he not using the 1611 edition as the standard by which to judge all other translations?

The Great Bible (BEFORE KJV): ‘And the floude came fortye dayes vpon the earth, & the waters were increaced, and bare vp the Arke, whiche was lyfte vp aboue the erth’.

Bishops’ Bible (BEFORE KJV): ‘And the fludde came fourtie dayes vpon the earth, and the waters were increased, and bare vp the arke, whiche was lyft vp aboue the earth’.

Douay-Rheims Bible was BEFORE the KJV: ‘And the flood was forty days upon the earth: and the waters increased, and lifted up the ark on high from the earth.

The Geneva Bible (BEFORE KJV) with modern spelling, ‘Then the flood was forty days upon the earth, and the waters were increased, and bare up the Ark, which was lifted up above the earth’.

The Coverdale Bible (BEFORE KJV): ‘Then came the water floude fourtie dayes vpon the earth, and the water increased, and bare vp the Arcke, and lift it vp ouer ye earth’.

KJV of 1611, ‘And the Flood was fortie dayes vpon the earth, and the waters increased, and bare vp the Arke, and it was lift vp aboue the earth’.

NKJV: ‘Now the flood was on the earth forty days. The waters increased and lifted up the ark, and it rose high above the earth’.

ESV: ‘The flood continued forty days on the earth. The waters increased and bore up the ark, and it rose high above the earth’

NRSV: ‘The flood continued for forty days on the earth; and the waters increased, and bore up the ark, and it rose high above the earth’.

NLT: ‘For forty days the floodwaters grew deeper, covering the ground and lifting the boat high above the earth’.

NIRV: ‘For 40 days the flood kept coming on the earth. As the waters rose higher, they lifted the ark high above the earth’.

NET: ‘The flood engulfed the earth for forty days. As the waters increased, they lifted the ark and raised it above the earth’.
Notice the difference between the KJV and the NKJV. Why has the KJV translated as ‘lift vp aboue‘ and the NKJV, ‘rose high above‘? It’s because that’s the meaning of the Hebrew. The modern versions convey it in a clearer way. It’s really the formal equivalence translation of the KJV (1611) that has left out the ‘high’. It is NOT that the modern translations have added ‘high’, but they have given us an accurate rendition into English of what the Hebrew language means for this verse.

Hebrew scholar, H C Leupold, explained the meaning of ‘lift vp aboue‘ vs. ‘rose high above‘. His exegesis from the Hebrew language of this verse was,

4.  A word to KJV-only supporters

I do wish KJV-only supporters like yourself would get your facts straight about the exegesis of the biblical text. Your accusation against me regarding Gen 7:17, that I used an ‘altered version which adds to God’s Truth’, is untrue. This was a false allegation. Shame on you!

attempting to redirect the argument to another issue to which the person doing the redirecting can better respond. While it is similar to the avoiding the issue fallacy, the red herring is a deliberate diversion of attention with the intention of trying to abandon the original argument.[5]

What has happened in this exchange with me is that this person assumes the KJV is the standard of Bible translations and any changing of the wording of a phrase or ‘adding’ of a word that opposes the KJV, is an example of adding to Scripture.

A better example would be to follow Paul’s instructions in 2 Tim 2:15 (NIRV), ‘Do your best to please God. Be a worker who doesn’t need to be ashamed. Teach the message of truth correctly’. Other translations of the last sentence are, ‘rightly handling the word of truth’ (ESV) and ‘teaching the message of truth accurately’ (NET).

Which Bible translations are inspired or breathed out by God? Second Timothy 3:16-17 (NIV) states:

‘All Scripture is God-breathed and is useful for teaching, rebuking, correcting and training in righteousness, so that the servant of God may be thoroughly equipped for every good work’.

All Scripture is giuen by inspiration of God, & is profitable for doctrine, for reproofe, for correction, for instrution in righteousnesse,

That the man of God may be perfect, throughly furnished vnto all good workes.

This is the 1383 Wycliffe translation of these verses:

For al scripture inspirid of God is profitable to teche, to repreue, to chastice, to lerne in riytwisnes, that the man of God be parfit, lerud to al good werk (John Wycliffe’s Translation).

I prefer the NIV which translates more accurately the archaic into modern English.

6.  Which Bible is inspired by God?

Is it the KJV of 1611, the NIV of the twenty-first century or some other translation?

None of these translations is God-breathed. Only the original manuscripts are inspired by God. In fact when 2 Tim 3:16-17 was written it is highly probable ‘all Scripture’ refers to the OT only.

Here “Scripture” (graphe) must refer to the Old Testament written Scripture, for that is what the word graphe refers to in every one of its fifty-one occurrences in the New Testament.[6] Further, the “sacred Scriptures to which Paul has just referred to in verse 16.

By implication, this does not refer to Old Testament translations but to the original documents of the OT.

For a list of the verses supposedly added by modern Bible translations, see: List of New Testament verses not included in modern English translations.

That’s not what modern translators have. The oldest surviving NT manuscript of the entire NT is Codex Sinaiticus:

Codex Sinaiticus is one of the most important books in the world. Handwritten well over 1600 years ago, the manuscript contains the Christian Bible in Greek, including the oldest complete copy of the New Testament. Its heavily corrected text is of outstanding importance for the history of the Bible and the manuscript – the oldest substantial book to survive Antiquity – is of supreme importance for the history of the book (Codex Sinaiticus).

It includes many variants (like typos) when compared with other early MSS but the variants do not change any major Bible doctrines.

[1] This is the Bible, translated by John Wycliffe from the Latin Vulgate in the 1380s, Matt 1:23. Available at: https://en.wikisource.org/wiki/Bible_(Early_Wycliffe)/Ma%C3%BEeu#Capitulum_I (Accessed 25 December 2017). At this stage in Bible format, there were chapter divisions but no verse divisions in the English Bible.

The first English New Testament to use the verse divisions was a 1557 translation by William Whittingham (c. 1524–1579). The first Bible in English to use both chapters and verses was the Geneva Bible published shortly afterwards in 1560. These verse divisions soon gained acceptance as a standard way to notate verses, and have since been used in nearly all English Bibles and the vast majority of those in other languages (Wikipedia 2017. Chapters and verses of the Bible. Available at: https://en.wikipedia.org/wiki/Chapters_and_verses_of_the_Bible#cite_ref-5 (Accessed 25 December2017).