This article was first published as, Can a Labor leopard change its spots? On Line Opinion (19 September 2019).

Can the Labor Party win back voters lost at the last election through changes of policies? Or will religious people see it as a suck up for political gain and not for genuine religious commitment?

Before the 18 May 2019 election, the shadow treasurer and immovable Chris Bowen reiterated: ‘If you don’t like our policies, don’t vote for us’. Many took his advice and Labor lost the election.

After the election he backed off a bit, ‘I have noticed as I have been around during the election campaign and even in the days since … how often it has been raised with me that people of faith no longer feel that progressive politics cares about them,’ he told reporters in Sydney’. He got that one right.

The defeat influenced Mark Butler, shadow minister for climate change & energy, to speak out, ‘Everything is up for review’. Everything? Really? Does that include Labor’s radical pro-Greens, left wing agenda on abortion, euthanasia and religious freedom?

Labor frontbencher and communications’ spokesperson, Michelle Rowland, stated: ‘I don’t think it’s lost on anyone that there was clearly an issue with Labor and people of faith at the last election.’ She added: ‘There is a sense that we didn’t get it right’ – about religious views.

2.  ALP policies and people of faith

In my understanding of a Christian world and life view – informed by Scripture – Labor needs radical changes in these values but I can’t see it happening because the libertarian left-wing seems to dominate policy content. The issues surround …

(c) Freedom of religion, and

(a) Improve access to affordable, legal ‘surgical and medical terminations across Australia, including decriminalisation in all States and Territories and the provision of abortion in public hospitals’ (ALP National Platform, No. 102),

(c) ‘Labor believes no faith, no religion, no set of beliefs should ever be used as an instrument of division or exclusion, and condemning anyone, discriminating against anyone, vilifying anyone is a violation of the values we all share’ (No. 239).

This is where Labor went in her antagonism to religious freedom. Senator Penny Wong, leader of the Opposition in the Senate, in 2018 introduced a Private Senator’s Bill to try to restrict power of ‘religious schools to discriminate against same sex attracted students’.

(d) ‘Labor is proud to have led the fight for marriage equality’, thus making it ‘a reality for LGBTIQ Australians on 9 December 2017. Labor welcomes and celebrates the achievement’ (No. 240).

Is Labor whistling in the political wind if it promotes those four policies and yet expects religious people to become members and vote for them? Let’s check out how religious values can be at odds with Labor’s pushing a progressive and libertine agenda.

(a) The Roman Catholic Church’s position is: ‘I confirm that the direct and voluntary killing of an innocent human being is always gravely immoral’, Pope John Paul II, Evangelium Vitae, 1995. Here he referred to abortion, euthanasia and the destruction of human embryos in medical research. The Vatican opposes (a) in the Labor Platform.

Crows[1] and flying foxes (bats)[2] are protected but not unborn babies and the elderly.

(b) Whose right is it to murder any person from conception to the end of natural life?

For Bible-believing Christians, it is not a government’s responsibility to murder unborn children, the aged, or the terminally ill.

“You [Lord God] made all the delicate, inner parts of my body
and knit me together in my mother’s womb.
Thank you for making me so wonderfully complex!
Your workmanship is marvelous—how well I know it.
You watched me as I was being formed in utter seclusion,
as I was woven together in the dark of the womb (Psalm 139:13-16).

The most startling affirmation of the sanctity of prenatal life is the incarnation of Jesus Christ. His personal history on earth began, not when he was ‘born of the Virgin Mary’, but when he was ‘conceived by the Holy Spirit’ (see Matt.1:18, 20).

The beginning of life is confirmed by the medical profession. Dr Micheline Matthews-Roth, research associate of Harvard University Medical School affirmed ‘it is scientifically correct to say that an individual human life begins at conception’.

As for shortening an adult’s life through euthanasia or assisted suicide, whose right is it to do that? The biblical position is:

‘Although it may sometimes appear to be an act of compassion, killing is never a means of caring’. ‘Don’t be interested only in your own life, but care about the lives of others too’ (Phil 2:4). Instead of killing the elderly and unwell, the Christian responsibility is to care for them. Promotion of increased resources for palliative care should be the replacement for euthanasia.

(c) Attack on values of religious organisations, including churches, social welfare organisations, free speech, hospitals and schools played a part in the 2019 election. 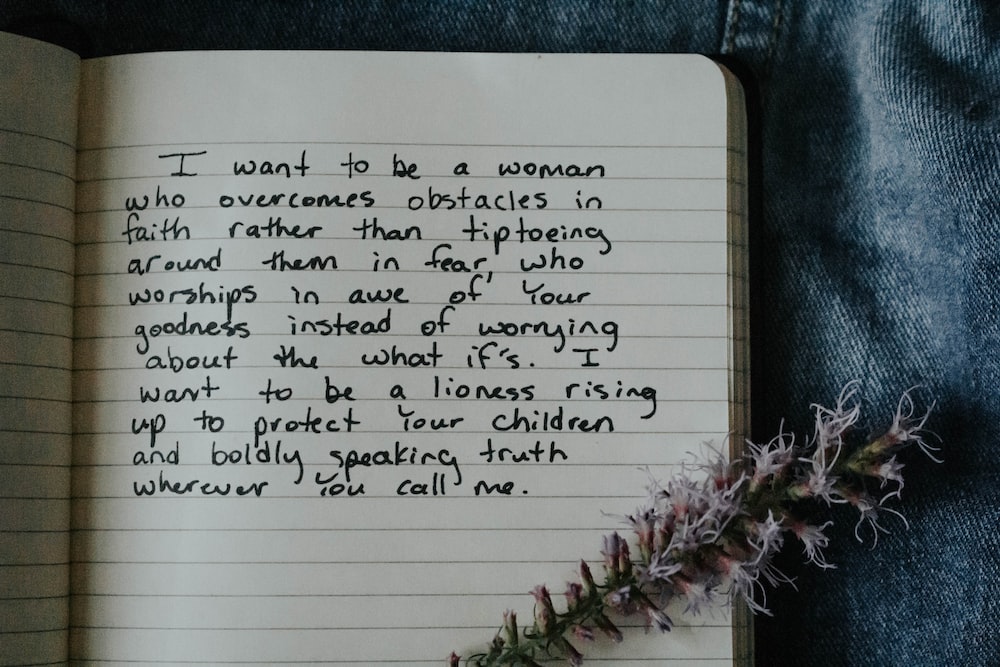 After the election, commentator Miranda Divine told The Catholic Weekly (20 May 2019) that those dubbed by Morrison as the ‘quiet Australians’ were a key factor in the outcome.

Religious Australians were ‘sick of being derided’ by Shorten, Plibersek and Wong who treated them as ‘morally inferior’ since they weren’t in favour of a radical social and socialist agenda.

She continued: ‘Playing in the background was the Israel Folau saga, which Shorten gratuitously dragged into the campaign as a weapon against Morrison, trying to portray his devout Christianity as bigotry’.

Divine demonstrated how the booth by booth swings in Western Sydney told the story of the faith vote.

The Australian Christian Lobby’s managing director Martyn Iles confirmed a clear mandate was given to Morrison to legislate for religious freedom and to resist radical social policies. He contended that this result in key marginal electorates was partly on account of Labor’s policies which undermine religious freedom, parents’ rights, and pushed a radical social agenda out of step with mainstream Australian values’.

(d) Christianity’s and Islam’s views on sexuality are radically different to Labor’s.

· There is no need for Jesus to state, ‘You shall not commit homosexual acts’ as he promoted the biblical norm of heterosexuality: ‘That’s why a man will leave his father and mother and be joined to his wife. The two will become one’ (Matthew 19:5). The New Testament further emphasises the ‘shameful desires’ of lesbian and male homosexual acts that prevent a person from entering the kingdom of God (Rom 1:26-27; 1 Cor 6:9-11), a la Israel Folau. There was jubilation in Parliament in 2017 with the passing of the same-sex marriage Bill but that’s not the way it was in the courts of heaven.

That’s the biblical view but not that of liberal churches such as Gosford NSW Anglican.

Labor recognised the problem with people of faith. It can claim ‘everything is up for review’ but with the evidence above, I can’t see that happening because of the ingrained left-wing, anti-biblical agenda on social issues.

Then add the hard-line, pro-abortion women in politics of Emily’s List – mainly in the Labor Party.

Australian Catholic University academic, Kevin Donnelly, said he believed Labor and the Greens ‘were in denial that they lost votes over religious freedom and parent’s rights in education’. Morrison was seen as a rational person and ‘the vast majority of people who are not politically-correct and ideologically-driven’ saw his statements on ‘issues such as the environment and sexuality’. Thirty percent of parents have their children in private education.

According to the 2016 National Church Life Survey, ‘41 per cent of church-attending Christians voted for the Liberal-National Party, and 24 per cent voted for Labor’.

If Labor wants to re-engage with the religious, it won’t happen through fake communication to gain political points. Where are the genuine Christians, Muslims and Hindus within Labor?

Patrick Parkinson noted that John Black, a former Labor senator and demographer, stated that ‘Queensland has a substantial number of religiously active voters across numerous marginal constituencies. Black notes that of the top 25 seats ranked for those active in religion, 15 are in Queensland’.

So, there are enough religiously active voters to tip an election towards parties that have policies that genuinely reflect the religious view of the electorates. Labor in 2019 did not satisfy those criteria.

I’ll believe Labor is serious about promoting religious values when I see more people like The Honourable Shayne Neumann MP (Labor Federal Member for Blair, Qld), an active member of a Baptist Church, promoted in ALP ranks. I’m yet to be convinced their values synchronise with a biblical world view.

Christians such as firebrand Senator Amanda Stoker (Queensland) and Qld MP, the Honourable Fiona Simpson MP, have been endorsed by the LNP.

[2] ‘It is important to remember that state governments, irrespective of national listing status, consider all species of flying-fox to be protected native species’. Available at: https://www.environment.gov.au/biodiversity/threatened/species/flying-fox-law (Accessed 12 September 2019).