Living in a country of the British Commonwealth, Australia, it shocked me to hear that the UK Home Office (HO) refused to grant asylum to an Iranian convert from Islam to Christ. The reason given was that the asylum seeker claimed in 2016 that Christianity is a peaceful religion and it is not.

According to The Telegraph (UK), 21 March 2019, the HO rejected the application because

government officials said his conversion from Islam was “inconsistent” with his claim that Christianity is a peaceful religion.

In order to reiterate the point, the Home Office wrote a lengthy and “unbelievably offensive” refusal letter referencing six Bible passages and claiming that the book of Revelation is filled with “images of revenge, destruction, death and violence”.

The Home Office rejection, below the quoted verses concludes: “These examples are inconsistent with your claim that you converted to Christianity after discovering it is a ‘peaceful’ religion, as opposed to Islam which contains violence, rage and revenge.”

I strongly object to the HO’s process and final judgment for these reasons:

The rejection for asylum included verses from the books of Leviticus, Exodus, and Revelation that the HO claimed demonstrated Christianity was not a peaceful faith but one of violence and revenge. Faulty biblical interpretation of these verses was only one of the deficiencies in the decision.

The HO quoted Matthew 10:34 to try to demonstrate Christianity was not a peaceful religion: ‘Do not think that I have come to bring peace to the earth; I have not come to bring peace, but a sword’ (NRSV). In context, what does that mean?

Messiah would be the Prince of Peace (Isa 9:6-7) but the people will violently reject Him and His reign (hence the crucifixion and resurrection). Jesus taught His disciples, ‘Peace I leave with you; my peace I give you’ (John 14:27).

Before the consummation of all things (Jesus’ second coming), there will be peace in the midst of a hostile world where there will be violence. With Jesus’ first coming, he warned his disciples that they would experience His peace but it would be mixed with violence (the sword), not from His followers, but by others.

Don’t you see the irony of this asylum rejection? This person has experienced the violence in Iran (the sword – not from Christianity) and is fleeing from that to a country of relative peace, the UK. However, the HO does not want to grant him peace but wants to send him back to persecution in Iran?

You don’t realise it, but you have helped this person experience Matt 10:34 (when properly interpreted).

It’s time for the HO staff to take a basic course in biblical hermeneutics (interpretation).

Profound biblical misunderstanding by the HO leads me to support Bishop Butler of Durham who said of the HO, ‘I am extremely concerned that a Government department could determine the future of another human being based on such a profound misunderstanding of the texts and practices of faith communities‘.

a. Leviticus not for Christians

One of the HO verses given for rejection was the line from Leviticus 26:7, ‘You will pursue your enemies, and they will fall by the sword before you’.

To whom was this verse directed? It was addressed to the Israelites (Lev 25:54-55) and all of Leviticus 26 deals with what will happen for obedience or disobedience by THE ISRAELITES.

Lev 26:7 does NOT deal with laws for Christians.

The HO staff has fallen into the hole of misrepresentation and eisegesis. A course in basic hermeneutics is needed by those staff who made the final decision.

b. Christianity and peace

Jesus said, ‘Blessed are the peacemakers, for they will be called children of God’ (Matt 5:9). This does not contradict Leviticus 26:7 (What is the context? Who will fall by the sword?) Jesus did not teach, ‘Blessed are the violence pertrators’.

The almighty God whom Christians worship has one attribute in which he is the God of peace (Phil 4:6-9 NLT). However, he’s also the God of wrath (see John 3:36), which demonstrates the judgment of God.

c. The apocalyptic Book of Revelation

It’s a shocker what the HO has done with the interpretation of the Book of Revelation in rejecting this visa application.

I join with Bishop Paul Buttler in condemnation of the HO’s actions: ‘To use extracts from the Book of Revelation to argue that Christianity is a violent religion is like arguing that a government report on the impact of climate change is advocating drought and flooding’.

Your HO staff don’t seem to know how to interpret apocalyptic literature.

Of the three points above, why has the HO engaged in biblical interpretation at all? If they want biblical interpreters, there are many in the Church of England who have done much better jobs than that demonstrated in the rejection letter.

I understand that a Home Office spokesperson said:

“This letter (of asylum rejection) is not in accordance with our policy approach to claims based on religious persecution, including conversions to a particular faith.

“We continue to work closely with key partners, including the APPG (All-party parliamentary group) on International Freedom of Religion and a range of faith groups, to improve our policy guidance and training provided to asylum decision-makers so that we approach claims involving religious conversion in the appropriate way” (Premier, 21 March 2019).

I sent the basic content of this article to: (a) The British High Commissioner, Canberra, ACT Australia, email: australia.enquiries@fco.gov.uk; and (b)  The United Kingdom Home Office, London UK, email: public.enquiries@homeoffice.gov.uk. When and if responses come, I’ll add to this topic.

The British Home Office (HO) entered the voyage of biblical interpretation in its rejection of a visa for an Iranian asylum seeker who converted from Islam to Christianity because the latter is a ‘peaceful religion’.

I tried to show that the HO engaged in eisegesis – imposing its own meaning on the text – instead of obtaining the meaning from the text, when taken in context. The books of Exodus and Leviticus were written to the Israelites and demonstrated what God would do to that nation if it obeyed or disobeyed God’s commands.

The HO officials who wrote this letter of rejection to the asylum seeker should hand hermeneutics (interpretation) over to the theologians and exegetes. The rejection letter contained pathetic biblical interpretation that a Hermeneutics 101 student would be failed for. 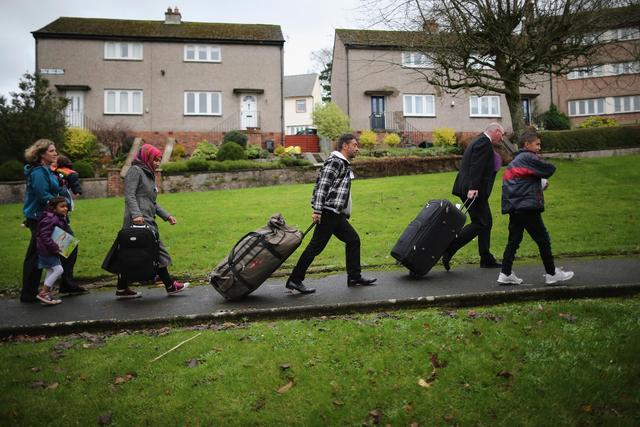