I Tim. 3:12 states, ‘Let deacons each be the husband of one wife, managing their children and their own households well’ (ESV).

It doesn’t matter whether we go to the laity support of men-only in public church teaching/pastoring ministry or seek explanations from the anti-brigade of pastors and scholars, this group has a resounding message:

Leading California pastor, John MacArthur, uses 1 Tim 2:8-15 as his foundation for this conclusion:

Women may be highly gifted teachers and leaders, but those gifts are not to be exercised over men in the context of the church. That is true not because women are spiritually inferior to men but because God’s law commands it. He has ordained order in His creation—an order that reflects His own nature and therefore should be reflected in His church. Anyone ignoring or rejecting God’s order, then, weakens the church and dishonors Him (MacArthur 2013).

It was a common thing for women to be teaching women and children. One member of the laity owned up to attending a ‘very traditional Baptist church’ where women sang, had exclusive Bible studies among women and were engaged in activities that pertained to children. ‘But when it comes to the main sanctuary, it is only men at the pulpit’. Why? ‘Everyone knows’ that is what the Bible teaches, or more specifically, ‘it is what Paul teaches’ [1].

This statement  from 1 Tim 3:12 also is a qualification for a church elder, according to 1 Tim. 3:2, ‘an elder must be blameless, the husband of one wife, stable, sensible, respectable, hospitable to strangers, and teachable’ (ISV; also NLT). Some translations use ‘overseer’ for ‘elder’ (ASV, ESV, NASB, HCSB, NET, NIV, NJB, LEB, TPT, YLT), Others translate as ‘bishop’ (DRA, KJV, NAB, NKJV, RSV, NRSV [2]).

The word, ‘episkopos’ in 1 Tim 3:2, translated as overseer, elder or bishop, means ‘superintendent, guardian, bishop’ (Arndt & Gingrich 1957:299). It is significant to note that in 1 Pet 2:25, Jesus Christ is called episkopos, ‘the Shepherd and Overseer of your souls’ (ESV).

On the surface, this verse looks as though all debate is ended. Deacons can only be men because the qualification is “the husband of but one wife.”  In context, if we look at v. 8, Paul is speaking of male deacons who “are to be men worthy of respect, sincere, . . . etc.”  That’s how it seems with a surface reading.

Let’s observe something about the phrase “husband of but one wife” (NIV).

1.   Must deacons and elders be male?

The word translated, “husband” is the Greek, aner.  This Greek-English lexicon (a lexicon is a dictionary) by Arndt & Gingrich gives the meaning of aner (1957:65-66):

Also, aner speaks “of a woman having sexual intercourse with a man” referring to Joseph and Mary in Lk. 1:27, 34;

So, there is no reason why aner should be translated only as “husband.”  It is just as valid to translate as “a man, a mature man, or a person.”

Is the ministry of being deacons and elders restricted to those who are married?

Remember Matt. 9:20? It reads, “Just then a woman [gune] who had been subject to bleeding for twelve years came up behind him and touched the edge of his cloak. So, gune here refers to “any adult female.” You’ll find a similar kind of use for gune in Lk. 1:42; 1 Cor. 14:34ff.

So, gune can mean an adult woman, wife, or widow.

What then is the meaning of “the husband of one wife” in 1 Tim. 3:2, 12 as it refers to qualifications of deacons and elders?  Greek exegete, Dr. Gordon Fee, wrote that this ‘is one of the truly difficult phrases in the Pastoral Epistles’ (Fee 1988:80) Fee considers there are at least four options for what it means:

First, it would require that overseers & deacons should be married.  Support could be found ‘in the fact that the false teachers are forbidding marriage and that Paul urges marriage for the wayward widows’ (see 5:14; cf. 2:15) [Fee 1988:80]] But, this would contradict what Paul says in I Cor. 7:25-38 that singleness was best for most effective ministry.  Besides, in the Roman culture, it was assumed that most people would be married.

There’s a second possible interpretation: to prohibit polygamy (having more than one wife at the same time).  This would emphasise the one wife aspect, ‘but polygamy was such a rare feature of pagan society’ (Fee 1988:80). Even further, if you go to I Tim. 5:9, it states that ’no widow may be put on the list of widows unless she is over sixty, has been faithful to her husband’ (NIV).  So, warning against polygamy would have been irrelevant.

A third possibility: ‘It could be prohibiting second marriages…. It would fit the widows especially and all kinds of inscriptional evidence praises women (especially, although sometimes men) who were ‘married once’ and remained ‘faithful’ to that marriage after the partner died.” (Fee 1988:80)  So, this view would mean that a widow or widower could not remarry and be a church leader, and divorce and remarriage would be prohibited for deacons and elders. But, the scriptures give biblical reasons for divorce and remarriage in passages such as Matt. 5:31-32; 19:1-9; Mark 10:1-9, and 1 Cor. 7:10-15.

The fourth alternative explanation is that ‘it could be that it requires marital fidelity to his one wife’ (Fee 1988:80). That’s how the New English Bible translates the phrase, as ‘faithful to his one wife’.  Again I quote Fee:

In this view the overseer is required to live an exemplary married life (marriage is assumed), faithful to his one wife in a culture in which marital infidelity was common, and at times assumed…. The concern that the church’s leaders live exemplary married lives seems to fit the context best—given the apparently low view of marriage and family held by the false teachers (4:3; cf. 3:4-5) [Fee 1988:80-81].

Therefore, the ‘husband of one wife’ can also be translated as’“the man of one woman’.  He was a one-woman man.  While the English Standard Version  translates I Tim. 3:2, 12 and Titus 1:6 as ‘the husband of one wife’, it gives this footnote: “Or a man of one woman.”  The New International Version translates as ‘faithful to his wife’.  It is giving an example of the need for faithfulness in marriage relationships.  Commentator R. C. H. Lenski explains:

The emphasis is on one wife’s husband, and the sense is that he have nothing to do with any other woman.  He must be a man who cannot be taken hold of on the score of sexual promiscuity or laxity… Paul had a reason for beginning with “one wife’s husband.” In those days mature men were chosen for the eldership, who, as a rule, were married and had families; there were no seminary graduates who were awaiting calls. The bulk of the membership from which the elders had to be chosen had come from paganism. What this means as to sexual vices is written large in the New Testament and in the moral records of the day. Even the early apostolic conference in Jerusalem warns against “fornication” and uses this wide term to cover all the prevalent pagan sexual excesses (Acts 15:29). The epistles fairly din the word into their readers’ ears. There was the regular institution of the hierodouloi, pagan temple prostitutes; the common custom of having hetaerae (“companions,” see Liddell and Scott ???????), girls from non-citizen families who were used by unmarried and by-married men; and thus, besides these standard practices, all the rest of the vileness that formed the soil from which these grew. Converts to the gospel did not at once step into perfect sexual purity. Hence this proviso regarding the “overseers”: to begin with, a man who is not strictly faithful to his one wife is debarred. [from service as an overseer] (Lenski 2001:580-581).

3.  Females are included as deacons

The biblical record cannot restrict deacons to males.  We know this from Rom. 16:1, which states, ‘I commend to you our sister Phoebe, a servant of the church in Cenchre’ (NIV).  We need to note that Phoebe, in the Greek is said to be a “diakonos.”  Paul used the Greek masculine, “diakonos,” in 1 Tim. 3:8 (cf. 3:11) to indicate male deacons.  Here in Rom. 16:1 we have clear biblical evidence that the feminine “diakonos” was used to refer to a female deaconess (Arndt & Gingrich 1957: 183-184).

In the first four centuries of the NT era, archaeology has found grave sites that have confirmed there were women presbyters (elders, bishops). ‘One tombstone reads, (don’t remember the names in order) ___ the daughter of Lois the presbyter [3] He stated that in many areas around the Mediterranean Sea, there have been discovered paintings of women in leadership positions and inscriptions in churches and on tombstones. These women are named and their positions are that of bishops and deacons. His view was that ‘archaeology demands that we reconcile what we have from Paul with the evidence’. [4]

What is the evidence from archaeology? ‘As far as the statement that there is no tradition of women priests, there’s good evidence from archaeology and iconography, in areas of what is now the former Yugoslavia, and southern Italy, that there were women presbyters, leaders of Christian communities in those places, in the early centuries. And a presbyter is what we would call a priest today’ (Johnson 2010:98).

Madigan and Osiek’s research discovered that ‘while synods and councils, both East and West, repeatedly condemned the practice of women presbyters, the epigraphical [5] and literary evidence suggests their ongoing existence, even if in small numbers’ (Madigan & Osiek 2005:163).

The most likely explanation of a deacon or elder being the husband of one wife is that in the promiscuous society of the first century (and the twenty-first century), the person must be one who is ‘faithful to his wife’ (NEB, NIV). We know that females can be deacons (see Rom 16:1) and that apostles can be females (Junia in Rom 16:7).

I believe that the weight of the arguments move in the direction [that] Paul wants a potential overseer to be one who is above reproach in his commitment to his wife (if he is married).  He should demonstrate both marital and sexual fidelity in relationship to his wife (Berding 2011).

For too long, women have been closed down in public ministry, especially in teaching men and women in the church. In my understanding, this situation is based on a rigid, literalistic interpretation of certain biblical texts. On this website, Truth Challenge, you will read several articles challenging this traditionalist perspective. See ‘Women in Ministry’.

For further exposition, see my articles,

Women in ministry: an overview of some biblical passages.

The heresy of women preachers?

Lenski, R C H 1937, 1946, 1961, 2001, Commentary on the New Testament: The Interpretation of St. Paul’s Epistles to the Colossians, to the Thessalonians, to Timothy, to Titus, and to Philemon. Peabody, Massachusetts: Hendrickson Publishers.

[3] I have not located this statement in an online search. 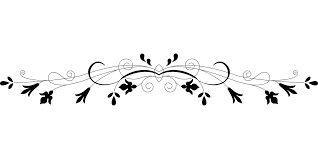