I was alerted to what SBS television had done with censoring heterosexual marriage by an item on news.com.au. The heading of the article was, ‘Anti-marriage equality ad pulled from SBS TV’ (March 09, 2015).

AN ADVERTISEMENT critical of same-sex marriage was pulled by SBS management ahead of their telecast of the Sydney Gay and Lesbian Mardi Gras on Sunday night, the ad’s sponsors say.

The Australian Marriage Forum said in a statement that the ad was booked and scheduled for broadcast during a Sunday night Mardi Gras special.

Dr van Gend says the ad was booked and paid for before he received an email on Friday to inform him it had been pulled from the Sunday night schedule. “I’ve unfortunately been instructed to advise you that we choose not to run this TVC for the Marriage Forum during the Mardi Gras telecast,” the email from SBS sales manager for Queensland, Nick Belof, said….

Dr van Gend said: “It is outrageous for a taxpayer funded broadcaster like SBS to apply censorship to one side of the debate on same-sex marriage.”

“SBS is funded by taxpayers on both sides of the same-sex ‘marriage’ debate”, Dr van Gend said.

Dr van Gend called the cancellation of the ad a “suppression of free speech on a matter of public importance”.

An SBS spokesperson told Fairfax Media that it reserved the right “to determine what advertisements it broadcasts” (emphasis in original).

My complaint about this censorship 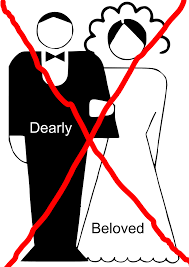 SBS TV is an Australian public broadcaster. It receives government funds to the tune of approximately $275,000 a year (see below) from the Australian taxpayer. So, on 11 March 2015, I sent this email:

Dear manager,
I object strongly to what SBS, a publicly funded broadcaster, did to an advertisement by the Australian Marriage Forum (AMF) on SBS on Saturday evening, 7 March, when SBS was telecasting the Gay Mardi Gras.

Here is a link to the advertisement that your network censored: youtu.be/s80wL5al5NA.

The AMF advertisement was booked and paid for to be shown on Saturday night, 7 March, during the SBS delayed broadcast of the Parade – but only on Friday 6 March did the AMF agent receive this message from SBS management: ‘We choose not to run this TVC for the Marriage Forum during the Mardi Gras telecast’.[1]

No explanation was given. This is disgusting discrimination against the heterosexual community and traditional marriage. It is censorship to be condemned.

Please advise me why your publicly funded network engaged in this kind of discriminatory censorship of an advt that had been paid for and scheduled to be telecast?

Thank you for contacting SBS.

SBS reserves the right to determine what advertisements it broadcasts.

Regardless, I have passed on your comments to our relevant departments as viewer feedback.

In other words, SBS continues to promote its censorship with ‘SBS reserves the right to determine what advertisements it broadcasts’. That’s not how Sam McLean of The Drum saw it.

‘SBS should have run this offensive ad’

Sam McLean of ABC’s, The Drum, even though he objected to the content of the advertisement, complained that SBS should have telecast the ad:

I was offended by the Australian Marriage Forum’s new anti marriage equality TV ad, but we shouldn’t censor any one side of a political debate, writes Sam McLean.

A lot of people have been in uproar over the Australian Marriage Forum’s new anti marriage equality TV advertisement – chief among them, my fellow progressives.

The ad, which the AMF pitched for a provocative first run on the night of Sydney Mardi Gras, implies same-sex marriage poses a danger to children. I was offended by the ad, but frankly, so too by SBS refusing to run it.

Yes, the ad is incendiary. Yes, it is wrong. But yes, the AMF has absolutely every right to run it – and no broadcaster should be able to deny them that. An email from SBS sales manager for Queensland, Nick Belof, reads:

Our review board has instructed that SBS has the right to choose what ads we run, and I’ve unfortunately been instructed to advise you that we choose not to run this TVC for the Marriage Forum during the Mardi Gras telecast (Mclean 2015, emphasis in original).

The following represents a summary of the ABC and SBS funding from the Australian government over the next 5 years (Turnbull 2014):

Therefore, for the 2014-2015 financial year, $287,023 was funded from government proceeds to run this operation. The conclusion is that ‘80 per cent of funding for the SBS Corporation is derived from the Australian Government through triennial funding arrangements. Funding is legislated annually through the Budget Appropriation Bills…. The remainder of SBS revenue is derived from independent sources. These include advertising and sponsorship, production services and sale of programs and merchandise’ (Jolly 2007).

Several issues are playing out in our Australian culture and the promotion of homosexual marriage:

SBS has censored one side of the debate, the discussion that supports traditional marriage. That is abhorrent for a public broadcaster that receives 80% of its funding from the Australian government. It is supposed to represent ALL Australians and not just the homosexual community and its supporters.

Those who support ‘marriage equality’ are ‘fellow progressives’ (Sam McLean). This again is deconstructing language. In an era of political correctness, to be conservative and supporting traditional marriage is to be radical in a mass media environment that wants to silence the traditional marriage voice.

It’s impossible or extremely difficult to get through to public mass media with an alternate message to their allegedly progressive, anti-conservative views. Penetrating the barrier is like pounding a brick wall with a foam hammer.

Turnbull, M 2014. Communications and Broadband: FAQs on the ABC and SBS, How much do the national broadcasters receive from taxpayers in the budget each year? (online) Malcolm Turnbull MP, Minister for Communications, 19 December. Available at: http://www.malcolmturnbull.com.au/communications-broadband/faqs-on-the-abc-and-sbs#budget (Accessed 10 August 2015).