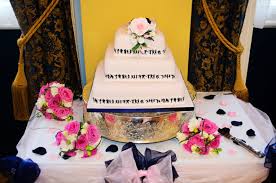 This article has nothing to do with the constitutional rights of USA citizens but is to address whether the ‘Sweet Cakes’ case presents the only Christian response.

The battle over cakes for lesbian weddings

There has been a long running battle in Gresham, Oregon (with implications across the USA) over a cake shop that refused to make a wedding cake for a lesbian wedding. The couple who own ‘Sweet Cakes by Melissa’, Aaron & Melissa Klein, are Christians and cited their Christian convictions to support what they did in refusing to make thecake.

The owners of a shuttered Gresham bakery must pay $135,000 in damages to a lesbian couple for refusing to make them a wedding cake, the state’s top labor official said Thursday.

State Labor Commissioner Brad Avakian ordered Aaron and Melissa Klein to pay the women for emotional and mental suffering that resulted from the denial of service. The Kleins had cited their Christian beliefs against same-sex marriage in refusing to make the cake.

Avakian’s ruling upheld a preliminary finding earlier this year that the Kleins, owners of Sweet Cakes by Melissa, had discriminated against the Portland couple on the basis of their sexual orientation.

The case ignited a long-running skirmish in the nation’s culture wars, pitting civil rights advocates against religious freedom proponents who argued business owners should have the right to refuse services for gay and lesbian weddings.

Avakian’s final order makes clear that serving potential customers equally trumps the Kleins’ religious beliefs. Under Oregon law, businesses cannot discriminate or refuse service based on sexual orientation, just as they cannot turn customers away because of race, sex, disability, age or religion, the Oregon Bureau of Labor and Industries said in a news release.

“This case is not about a wedding cake or a marriage,” Avakian wrote. “It is about a business’s refusal to serve someone because of their sexual orientation. Under Oregon law, that is illegal.

“Within Oregon’s public accommodations law is the basic principle of human decency that every person, regardless of their sexual orientation, has the freedom to fully participate in society. The ability to enter public places, to shop, to dine, to move about unfettered by bigotry” (Rede 2015).

This article, ‘Sweet Cakes owners respond to firestorm over wedding cake decision’ (Kopta 2013), indicated that the Klein’s business, ‘Sweet cakes by Melissa’, has closed its shop in Gresham OR and is operating from the couple’s house. The website indicates it is now called, ‘Sweet Cakes’. 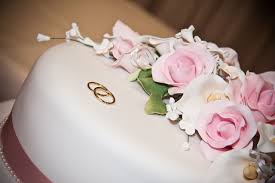 I am sympathetic to the stand that the Kleins have taken, based on the media evidence available to me. I think I understand why they did it (even though I’m an Aussie, my family and I have lived for 7 years in the USA and Canada). I take a different perspective to that of the Kleins of ‘Sweet Cakes’ in my response. Here is my thinking.

If I were running an automotive and industrial spare parts’ business and a lesbian couple came in and wanted parts for their motor vehicle, I would be faced with a normal sales pitch. I would sell them the parts. Before I sold them, I would not ask about their sexual relationship because helping with the fixing of the vehicle is not an endorsement of the homosexual relationship. To be honest, my asking about the sexuality of the relationship is irrelevant when selling car parts to them. I would not be checking if the car was being used for their lesbian wedding. Even if I knew that were the case, I would still sell them the spare parts because that would be a business decision that had nothing to do with sexual behaviour.

The cake shop, just like a florist business, that sells all kinds of items to all kinds of people for a wedding should not be dealing with the sexual relationship. The cake shop is selling cakes to whomever – all people in the community – including homosexuals, adulterers, promiscuous sex addicts, murderers, thieves, good living people, etc. The cake shop’s business is to sell cakes, without asking about their morality. That’s a non-issue when selling cakes, is my view.

Marrying them is another issue

I see a difference between doing business with homosexuals – which all businesses should want to do – and advocating for homosexuality through a church minister or civil celebrant conducting a homosexual marriage. 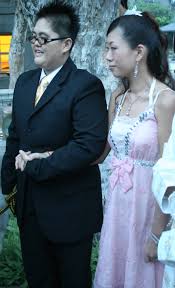 These are the biblical reasons against homosexuality that flow on to homosexual marriage:

Take a read of Leviticus 18:22 (NLT): ‘Do not practice homosexuality, having sex with another man as with a woman. It is a detestable sin’. So the Old Testament law identifies the practice of homosexuality as committing a detestable sin. No genuine Christian should want to promote such a view.

Romans 1:26-27 (NLT) puts homosexual actions into the category of shameful desires and those who practised them suffered the penalty before God that they deserved. They were the actions of men and women who burned with lustful desires: ‘That is why God abandoned them to their shameful desires. Even the women turned against the natural way to have sex and instead indulged in sex with each other. 27 And the men, instead of having normal sexual relations with women, burned with lust for each other. Men did shameful things with other men, and as a result of this sin, they suffered within themselves the penalty they deserved’.

Where will these unrighteous sinners be with God at death? The sin of homosexuality is among a list of other sins. First Corinthians 6:9-10 (NLT) is very clear: ‘Don’t you realize that those who do wrong will not inherit the Kingdom of God? Don’t fool yourselves. Those who indulge in sexual sin, or who worship idols, or commit adultery, or are male prostitutes, or practice homosexuality, or are thieves, or greedy people, or drunkards, or are abusive, or cheat people—none of these will inherit the Kingdom of God’. Those who practice homosexuality and these other sins will not inherit God’s kingdom. By inference, they will go to the other kingdom – of darkness and of Satan.

Genesis 2:24 (NLT): ‘This explains why a man leaves his father and mother and is joined to his wife, and the two are united into one’. Thus, the one flesh relationship (probably referring to sexual intercourse) is between a man and his wife, i.e. between a man and a woman. Heterosexuality is God’s order and not homosexuality or bisexuality.

Jesus repeated the same teaching in Matthew 19:5 (NLT), ‘And he said, “This explains why a man leaves his father and mother and is joined to his wife, and the two are united into one”’.

The apostle Paul affirmed the same message in Ephesians 5:31 (NLT, ‘As the Scriptures say, “A man leaves his father and mother and is joined to his wife, and the two are united into one”’.

I recommend the article from the Got Questions? site, What is a Christian definition of when marriage begins? 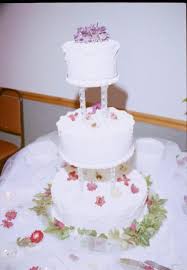 These are just some thoughts from a Christian who is in the process of growing in Christ and who does not endorse the Christian view taken by the ‘Sweet Cakes’ owners.

The view adopted here is that Christians in business sell to whoever wants to purchase their products. No business that seeks to make a profit from sales needs to ask questions such as: Are you an adulterer, paedophile, homosexual, prostitute or promiscuous sexual addict? That question does not relate to selling car parts, burgers, furniture or cakes.

However, it does become an issue when a marriage celebrant or Christian minister is required to perform weddings of homosexuals. That would be endorsing sinful homosexual behaviour (from a biblical perspective) and should not be promoted – as I, a Christian, understand the Christian view from Scripture and conscience. It would be a matter of conscience and Christian conviction at that point and I would refuse to conduct a marriage ceremony for homosexual marriage.