How bad is the teaching and practice of grammar by our school teachers? Is grammar no longer important?

Take a read of the beginning of this article in the Courier-Mail [Brisbane, Australia]:

TEACHERS are no longer the “font of all knowledge”, challenged by devices such as iPads and phones in the modern classroom.

“We are dealing with a totally different beast,” he said.

“Gone are the days when a teacher stands at the front of a classroom and are seen as the font of all knowledge … teachers have become facilitators of ideas and learning” (Vonow 2015). 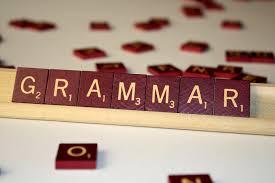 Read the beginning of that last paragraph again: ‘Gone are the days when a teacher stands at the front of a classroom and are seen as the font of all knowledge’.

Could the problem be with teachers who don’t know the difference between singular and plural? In this sentence, Nairn spoke about the singular, ‘a teacher’, but referred to that person by the plural ‘are seen’. In such a fundamental area as this, perhaps this executive director of a Principals’ Association needs to re-learn some basic grammar.

Who is making this statement? He is the Australian Secondary Principals’ Association executive director, Rob Nairn, and he said this to an audience of school principals. This is a shocking example of failed grammar in action.

Who is Rob Nairn? According to the Australian Institute for Teaching and School Leadership Limited, his CV details include the fact that he

‘is Executive Director of the Australian Secondary Principals Association (ASPA Ltd) and Associate Professor at Edith Cowan University. He has extensive experience in metropolitan and regional Senior High Schools in Western Australia particularly in low socio economic areas and is passionate about ensuring that high quality secondary education is provided to every young person no matter what their geographic, social or personal circumstances.

With this kind of experience and reputation, I find it incomprehensible that such a person could violate such a fundamental piece of English grammar as knowing that a singular subject requires a singular verb to modify it.

How can students expect to give correct grammatical answers when a prominent teacher got it so wrong?

A problem in primary school classroom

A mother of a primary school student in Grade 5 at a Queensland state school shared this photograph with me from her daughter’s homework book.[1] You might get a giggle out of it, but it is serious when a text book and a teacher can get it so wrong.

(2) The student couldn’t see the ‘spelling’ error, so she decided to correct the grammar instead. The teacher’s correction is in handwriting to the right of the handwritten, ‘have’.

It is a bad situation in a Queensland school when students are exposed to wrong questions and the teacher gives an incorrect answer.

Christine Jackman addressed the issue of ‘Grammar crimes fuel my rage’ (Brisbane Times, September 7, 2014). She was enraged with Australia’s Immigration Minister, Scott Morrison, for saying on radio that ‘the bottom line that I look at is how many less children are there in detention today than when I became minister…. And the answer is over 530 less’. ‘Fewer!’ is what Christine screeched at the radio when she heard him say this and it was so penetrating that it startled the cat. It’s ‘how many fewer children are there in detention’. Fewer!’. She added: ‘I’m furious. I’m pedantic. I’m old’.[2]

I responded to her online:

There is another grammatical violation that continues in a number of sources. I’m speaking of the nominative case of a pronoun after the verb ‘to be’ or objective case after a preposition. It is not, ‘I am him’ but ‘I am he’. It is not, ‘The dog ran between you and I’ but ‘The dog ran between you and me’. Does that make me a grammatical Nazi? Or is it a grammar Nazi?[3]

Oxford dictionaries (2015. s. v. fewer) gave this explanation for the use of fewer versus less:

Fewer versus less: strictly speaking, the rule is that fewer, the comparative form of few, is used with words denoting people or countable things (fewer members; fewer books). Less, on the other hand, is used with mass nouns, denoting things which cannot be counted (less money; less bother). It is regarded as incorrect in standard English to use less with count nouns, as in less people or less words, although this is one of the most widespread errors made by native speakers. It is not so obvious which word should be used with than. Less is normally used with numerals (a score of less than 100) and with expressions of measurement or time (less than two weeks; less than four miles away), but fewer is used if the things denoted by the number are seen as individual items or units (there were fewer than ten contestants).

There are serious issues of failings of grammar by a professor, school teacher, students, politicians, and everyday people. It doesn’t seem to bother many people when grammatical errors are made.

Why is this? I suggest it is related to a dumbing down of the teaching of grammar in schools. This flows into the mass media and general populace, including the language of politicians and others in the public arena.

The consequences can have considerable impact for those who are journalists, teachers, researchers and writers. When people become oblivious to grammatical anomalies, they often will treat grammatical knowledge as trivial.

[1] I do not know the title of the workbook used, but this is a photographed copy of the page of the book. I have used Google to try to locate the exact wording of these examples, but cannot locate them online.