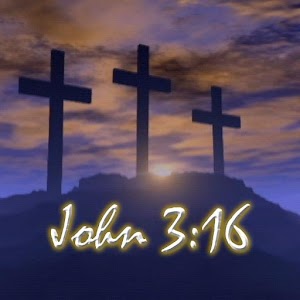 eternal life and can experience it? That’s how some on a Christian forum as seeing the issue. Here are a couple of examples:

My statement isn’t contradicted, it’s pretty straight forward that eternal life means one doesn’t die, if one dies he doesn’t have eternal life. What is there that is not correct. A claim that one is now in possession of eternal life is in contradiction with other passages of Scripture.[1]

That’s the rub, right here. We can know that we have been saved and believe it (You better!), and the enemy will whisper to you that you don’t, not good enough and so forth…and we shouldn’t listen to this…but at the same time we shouldn’t be lackadaisically over confident and should continue to seek to be closer to God, walk after the Spirit, OBEY, and witness for Him, all of the things that God wants and commands. Because you never know for sure until you are in possession of it, right?[2]

My first response to Butch was:[3]

I notice you didn’t use any Scriptures to support your position. I did.

That John should use the present tense is what God, the author of Scripture (2 Tim 3:15-16 ESV), states. You stated: ‘There’s a difference between knowing one has it and actually being in possession of it’. This is not true in my case. I know I have one Toyota Camry and do you know what? I’m actually in possession of it.
Perhaps we are dealing with two different issues. We can continue to know NOW that we have eternal life (as 1 John 5:13 affirms) and we have the ultimate consummation of eternal life at Christ’s second coming.

[4]But 1 John 5:13 ESV says we are in possession now. We will have a new experience of eternal life when we are ‘absent from the body and present with the Lord’ at death and then at Christ’s second coming it will be the ULTIMATE.

His response was to come back with a few Scriptures. The post began:

If you worked today you earned money, correct? However, I’ll bet you have to wait until the check is written to obtain that money that is yours. You quoted 2 Tim 3:16, when Paul wrote that the Scriptures were the OT.

I didn’t post Scripture because I didn’t think it was necessary since by definition eternal life means one won’t die and we know Christians die. However, I can post Scripture.[5]

Contemporary analogies are not helpful

[6]My reply was that using another analogy is not helpful as I can come back with another view. If I work as a backpacker picking oranges, I get my wages the day I pick the oranges because he may not need me tomorrow or for the rest of the week. Analogy after analogy does not answer the issue.

And count the patience of our Lord as salvation, just as our beloved brother Paul also wrote to you according to the wisdom given him, 16 as he does in all his letters when he speaks in them of these matters. There are some things in them that are hard to understand, which the ignorant and unstable twist to their own destruction, as they do the other Scriptures (2 Pt 3:15-16).?

Peter put Paul’s writings on the same level as ‘the other Scriptures’, presumably referring to the OT.

So what’s the meaning of eternal? There are a couple different meanings in Scripture. When applied to God, eternal means that God has no beginning, no end and no succession of moments in his being. Yet God sees events in time and acts in time and eternity (Grudem1994:168). Psalm 90:2 ESV puts it as ‘from everlasting to everlasting you are God’.

This we know about eternal life: ‘And this is the testimony, that God gave us eternal life, and this life is in his Son. 12 Whoever has the Son has life; whoever does not have the Son of God does not have life’ (I John 5:11-12 ESV).?

I’m indeed grateful that when I was saved and Jesus gave me new life (2 Cor 5 17), my eternal life began. The coming of eternal life into my being changed me from the inside out.

Henry Thiessen gives a wonderful summary of the biblical material:

By the eternity of God we mean His infinity in relation to time; we mean that He is without beginning or end; that He is free from all succession of time; and that He is the cause of time. That He is without beginning or end may be inferred from the fact of His necessary existence: He who exists by means of his nature rather than his volition must always have existed and must continue to exist for ever. That God is eternal is abundantly taught in Scripture. He is called “the eternal God” (Gen. 21:33); the Psalmists say: ‘From everlasting to everlasting thou art God’ (Ps 90:2) and ‘thou are the same, and they years have no end’ (Ps. 102:27). Isaiah represents God as ‘the high and lofty One that inhabiteth eternity’ (Isa. 57:15); Paul says He ‘only hath immortality’ (1 Tim. 6:16.

He is free from all succession of time. Time is, as commonly understood, duration measured by succession (Thiessen 1949:122).

But the nature of that ‘eternal life’ is different from when I speak of the ‘eternal God’ who is from everlasting to everlasting. I expect to bask in the full benefits of that eternal life at death and in the eternal kingdom of God.

So, eternal life for the Christian has a beginning when I repent of my sin and receive Jesus as my Lord and Saviour. Eternal damnation for unbelievers is confirmed at death and it goes on forever and ever. We know this from a verse such as