A Christian woman whom I have known for 25 years contacted me recently[1] as she has problems understanding some biblical teachings after listening to a prominent evangelical preacher, John MacArthur, on YouTube. Please understand that these are her understandings from what she heard online.

This Christian has been doing some deep thinking about the Christian faith and what Jesus did for her and she’s struggling to understand how Jesus became sin for Christians through his death on the cross.

The doctrine of imputation 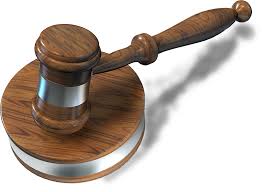 How can Jesus become sin for us? This is the doctrine of imputation – how our sins were imputed to Christ when he died for us on the cross. What does that mean? I recommend that you take a read of this excellent explanation with some good illustrations: ‘Our sins are imputed to Christ‘ by Ernest L Martin.
‘Impute’ is forensic language – the language of the courts. It means to charge to, to reckon to. The biblical examples of the need for this are in passages such as:

If we pick up the verses from Isaiah and 2 Cor 5:21, we see that by a legal/forensic act, God the Father has put the believers’ sins on Jesus. They have been reckoned to Jesus’ account. Wayne Grudem put is this way:

In simple language, when God imputed human beings’ sins to Jesus, God thought of them as belonging to Jesus Christ. That’s the meaning of the Greek word, logizomai,  which is essentially “to consider” or “to reckon something to be so.” So God decided as a legal act from his throne that the sins of human beings who trust in Christ belong to Jesus. This is the marvellous action of the designer of the universe that he should do this for us. Imputation deals with our legal position before God regarding sin and death. By our sins legally belonging to Jesus, we can have the marvellous gift of fellowship with and be in a right relationship with God.

The righteousness of Christ is imputed

But this happens because there is another dimension to imputation. The righteousness of Christ is imputed to the believer. In basic language, it means that the merits of Jesus are put into the account of another – Christians. We get this message from 2 Cor 5:21, ‘God made him who had no sin to be sin [or, a sin offering] for us, so that in him we might become the righteousness of God’ (ESV).

This is not God’s attribute of righteousness because our faith in Christ doesn’t have to do with that. But this relates to the righteousness that God has provided for anyone who has faith in Jesus alone for salvation. God restores us to favour with Himself by imputing to us Christ’s righteousness.

We must not forget that this is a legal arrangement between God and us that is made possible because our sins are imputed to Christ and we receive a righteous provision to be able to enter God’s presence.

Grudem summarises this for us:

This idea that God declares us to be just or righteous not on the basis of our actual condition, but rather on the basis of Christ’s perfect righteousness was the heart of the difference between Protestantism and Roman Catholicism at the Reformation.  Grudem covers the error of the Catholic Church teaching derived from the Council of Trent. The consequence of this view of justification held by many Catholics is that our eternal life with God is not based on God’s grace alone, but partially on our merit as well or as Catholic Theologian Ludwig Ott stated “For the justified eternal life is both a gift of grace promised by God and a reward for his own good works and merits…. Salutary works are, at the same time, gifts of God and meritorious acts of man.”  This is not supported Biblically.  Justification is all God, and not by any merit in us (Source, a longer version is in Grudem 1999:318-320).

So when people are justified by Christ through faith in Jesus alone, they have had their sins pardoned. The penalty of their sins has been remitted (given to Jesus’ account)  and they have been restored to proper relationship with God. Why? It happens because our sins have been imputed to Christ (he has become sin for us) and the righteousness of Christ has been imputed to us.

I hope that this gives a starter in understanding this wonderful doctrine of the imputation of our sins to Christ and Christ’s righteousness being imputed to us.