I (OzSpen) started a thread, “There is a God” on Christian Forums, to point to issues raised by Antony Flew’s conversion from atheism to deism. In response, one person asked, “I’m wondering what argument Flew used to back up this claim, or is it stated as an axiom?” (#6 in the thread).

Here is my reply:

Science and religion writer, Roy Abraham Varghese, was influential in Antony Flew’s moving from atheism to deism. In Antony Flew’s (with Roy Abraham Varghese), There is a God: How the world’s most notorious atheist changed his mind (2007. New York: HarperOne), Varghese writes the introduction and his article is included as Appendix A, “The ‘New Atheism’: A critical appraisal of Dawkins, Dennett, Wolpert, Harris and Stenger” (p. 161f). For an extensive, popular, newspaper article on Varghese’s defence of the existence of God, see, ‘God in the details‘ (Dallas Observer, 3 May 2007).

To give an overview of Antony Flew’s argument for the existence of the uncaused God rather than the uncaused universe, I must take steps not to violate copyright. Therefore, this will be in my own words (with some quotes) but it will be a brief overview of his reasoning with lots of details missed. In being brief, I must leave out some significant details. I highly recommend picking up a copy of the paperback edition of this book as it has some very tight reasoning. This is not a book for those who don’t want to think through cosmological implications.

1. Can something come from nothing? In his atheistic writings (e.g. The Presumption of Atheism), Flew defended the universe and its laws as ultimate. But systems of explanation involve “some fundamentals that are not themselves explained” (134).

2. In debating theists, he tried to show that they faced the same problem: There were ultimates beyond explanation (135).

3. His two main anti-theological books were written prior to the development of big-bang cosmology and since the early 1980s he had been reconsidering and “confessed” that “atheists have to be embarrassed by the contemporary cosmological consensus” which was providing a scientific version of what St. Thomas Aquinas had defended philosophically – the universe had a beginning (135). As long as he maintained the universe had no beginning, he was content with the universe as ultimate, brute fact.

5. Modern cosmologists who promoted the escape route of “the idea of the multiverse, numerous universes” or “Stephen Hawking’s notion of a self-contained universe” (137), could not avoid “potential theological implications”. He found the “multiverse alternative” unhelpful as the existence of one universe requires on explanation, but multiple universes requires bigger explanations (137). 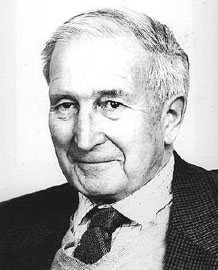 6. Physics must “remain radically agnostic” about what caused the big bang (138). The universe in flux rather than being statically, eternally inert, “made a difference to the discussion” (138), but all of this brought him back to the cosmological argument.

7. The main philosophical critic of the cosmological argument was David Hume. Previously, Flew had supported Hume’s arguments but he came to realise that there were “certain presuppositions in Hume’s thinking [that] resulted in crucial errors”, especially Hume’s view that “causes” only relate to the association of ideas or the absence of such associations. The origin or validation of a “mind-dependent world” lies in our experience of that world. He thus concluded that Hume’s theory (story) could not explain the meaning of “cause” and “the law of nature” (139).

8. He found David Conway’s, The rediscovery of wisdom (London. Macmillan 2000) and Richard Swinburne’s, The existence of God (Oxford: Clarendon 2004) were effective in refuting Hume’s and Kant’s opposition to the cosmological argument. These are some of the points of refutation:

9. The old argument to explain the universe through “an infinite series of causes” is now in the new language of modern cosmology. Again, he refers to John Leslie’s argument that finds this infinite series unsatisfactory. Why? Leslie explains: “The existence even of an infinite series of past events couldn’t be made self-explaining through each event being explained by an earlier one” (Leslie in Flew 144). The entire series still needs an explanation. Which explanation best fits the facts and reason?

10. He affirms Richard Swinburne’s summary exposition of the cosmological argument: “There is quite a chance that, if there is a God, he will make something of the finitude and complexity of the universe. It is very unlikely that a universe would exist uncaused, but more likely that God would exist uncaused. Hence the argument from the existence of the universe to the existence of God is a good C-inductive argument” [1] (Swinburne in Flew 145). Before the publication of Flew’s book, he had discussions with Swinburne in which Flew “noted that his  [Swinburne’s] version of the cosmological argument seems to be right in a fundamental way. Some features of it may need to be amended, but the universe is something that begs an explanation. Richard Swinburne’s cosmological argument provides a very promising explanation, probably the finally right one” (145, my emphasis).