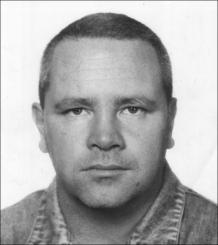 “How can you possibly believe in the goodness of God when you consider that he allowed the slaughter of seven innocent people at Strathfield (Sydney, NSW)?” a concerned individual asked me shortly after that tragic event that killed 8 people, including the perpetrator. I responded:  There’s more than Strathfield.

What about the Sudanese refugees in Ethiopia, who are moving back to the Sudan, but have been bombed by aircraft? We also can’t forget about the hundreds of thousands who died in the Bangladesh cyclone.” As it was put to me once, “I used to believe in God until my child was killed in an accident.” 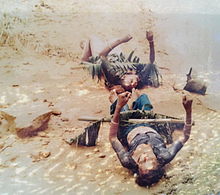 (photo of bodies of people drowned by the cyclone in Sandwip, Bangladesh, 29 April 1991, photo courtesy Wikipedia)

If God did not claim to be good, the problem would be simple. But, Psalm 106:1 says, “Give thanks to the Lord for he is good; his love endures forever.” If he were not all-powerful, there would be no problem. If evil and suffering were an illusion, the dilemma could be escaped. But the problem is very real, especially for those in pain.

Isn’t this an irreconcilable paradox: a good, all-powerful God who permits all this suffering? The question of suffering boils down to this: How can a God of love allow so much suffering in the world? Either he doesn’t exist or he’s a vicious tyrant who enjoys seeing people in pain. This sounds like a pretty strong case against the existence of a loving God.

But is it? I do not propose any slick, easy answers to the real problem of suffering. Mine is not the last word on the subject, but I am convinced the biblical solution conforms with reality. I reject, for good reasons, atheistic philosopher, Bertrand Russell’s conclusion that no one could sit beside a dying child and still believe in the existence of God.

The problem of evil is one of the greatest obstacles to belief in God for some people. The classic form of the argument has been vigorously debated on university campuses for hundreds of years: If God is all-good, He would destroy evil. If God is all-powerful, He could destroy evil. But evil is not destroyed. So, there is no such God.

I reject such a conclusion because it ignores some important facts. Granted, my response is based on acceptance of God’s revelation in the Bible. I make no apologies for endorsing the Bible. Its trustworthiness is more substantial than any other writing from antiquity.

One of the things that makes human beings unique is that we have real choice about what we do. God made us that way so that we could be like him and love freely (to be forced to love is not love at all).

That doesn’t make God responsible for evil. He created the fact of freedom. He made evil possible; people made evil actual. Evil came through the abuse of our freedom as human beings.

However, babies are born blind and many are maimed for life through war. Earthquakes cause unprecedented destruction. Domestic violence, it seems, is responsible for incredible suffering in our city. Why doesn’t God stop all this?

There are at least three reasons. First, evil cannot be destroyed without destroying freedom. As already stated, free human beings are the cause of evil, and freedom was given so that we could love. Love is the greatest good for all people (Matthew 22:36-37), but love is impossible without freedom.

Second, to deny the existence of God, because of evil in the world, is to make some arrogant assumptions. Just because evil is not destroyed now, doesn’t mean it never will be. This view implies that if God hasn’t done what we want as of today, then it won’t ever happen. That presumes that the person making the argument has some inside information about the future.

The third reason is based on the nature of God. If I as a parent decide to discipline my son, I can change my mind and let him off. Not so with God. His nature is unchanging. When he said the results of rejecting him were suffering and death in all creation (Genesis 3), he could not change the consequences of sin because of his own attributes.

Therefore, if we take this into consideration, we can restate the argument about evil so that it turns out to support the existence of God.

What is the most profound answer to the problem of suffering?  The cross of Jesus Christ!  We cannot accuse God of being an innocent by-stander. He took his own medicine. At the heart of the dilemma of human suffering is the cross of Christ, where evil did its worst and met its match. God himself (in Christ) went through pain, suffering and death to save humanity from eternal suffering.

The presence of evil even has some good purposes, as C.S. Lewis points out, “God whispers to us in our pleasures, speaks to our conscience, but shouts in our pains: it is His megaphone to rouse a deaf world.” [1] I have been there personally, through open-heart surgery five times (mitral & aortic valve replacements). Honestly, I can say personally, “I bless you pain for being in my life.”

I have only set the window of answers slightly ajar in providing some possibilities for the problem of pain and suffering.  In God’s gift of human freedom I can see a light in the darkness of human misery.

Give thanks to the Lord for he is good.